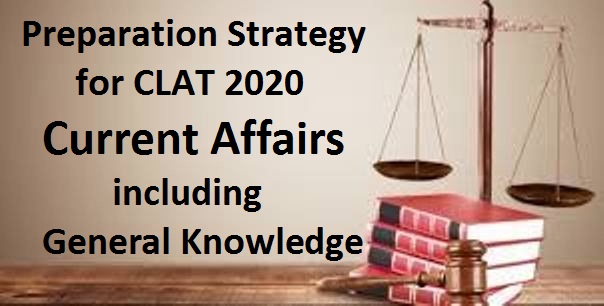 How to approach questions

– Questions intended to test depth of understanding of issues and events of significance,rather than mere fact- or trivia-based superficial knowledge.

– While the focus is on more recent and current events, questions may test you on historical information related to such events and significance, in order to better gauge your understanding of the causes of such current events.

–  Questions may also relate to matters associated with the events mentioned in the passage – for a passage about a natural calamity for example, you may face questions not only about that natural calamity, but similar events in other parts of the world.

– Don’t worry about whether you will remember all the elements of the passage when you come to the questions – the idea is not to test your ability to memorise the passage and answer questions that test your recollection – but do make sure you have a good idea of the overall theme or point of focus of the passage, as this may help jog your memory about any related information you may have read or come across in your preparations.

– In line with the overall theme of the UG CLAT 2020, the focus is on comprehension, and your ability to understand and decode the information set out in the passage. While you may not be asked vocabulary questions in this section of the paper, you may be asked the meaning of certain statements made in the passage, insofar as they relate to information associated with such statements – for example, a passage relating to cyclones may ask you what the difference is between a cyclone, typhoon, and hurricane.

– The best way to prepare for this section of the UG CLAT 2020 is to have a long-term habit of reading a good set of newspapers and periodicals; in particular, it would help to read the editorial and opinion sections of newspapers and periodicals, as these often provide historical, associated, and ancillary information related to the main subject discussed in the piece. Now that you have an idea of what sources the question setters typically refer to from the introductory video, try and read through similar sources on a regular basis.

– If you have not developed a long-term habit of reading newspapers and periodicals, all is not lost! Now that many good sources of news and information are also available online, you can also visit their websites, and go through their archive of editorial and opinion pieces. In this way, you can try and catch up for some lost time.

– It may not be possible for you to read all the information covered in this section of the UG CLAT 2020 in the time you have. A good way to try and address this is to form a small group of people with whom you can discuss the topics and areas that are covered in this section. That way, you can not only take the advantage of the fact that other people may have covered the topics you have not been able to, you will also be able to dive into greater depth by questioning each other about each topic, so as to ensure you know more about that topic than you may otherwise have been able to.

– We do not encourage nor discourage the use of fact compendiums to assist in your preparation for this section. If you find these useful, please feel free to use them – but make sure you do not fall into the trap of meaninglessly memorising long lists of facts without understanding their wider context, and how they relate to other information.

[Extracted, with edits and revisions, from: “Who are the [1] refugees?”, Shashwati Das, LiveMint, https://bit.ly/3angwDz.]

1.2 The name of the state where the displaced [1] refugees have now been allowed to settle permanently according to the pact signed on 16 January 2020 has been replaced with ‘[2]’ in the passage above. What is ‘[2]’?

1.3 What is the name of the Act, passed in 1958 and applied to several states in northeast India, which allows special powers to the Indian Armed Forces to maintain public order in “disturbed areas”, and which was recently partially withdrawn from some areas?

1.4 This person went on a 16-year-long hunger strike to demand the abolition of the Act mentioned in the previous question. What is this person’s name?

[Extracted, with edits and revisions, from: “Cyclone [1]: 6 things you should know about this severe cyclone”, The Economic times, https://bit.ly/2tBoiJr.]

2.1 What is the name of the cyclonic storm whose name has been replaced with ‘[1]’ in the passage above?

2.2 What was the name of the super cyclone that hit the state of Odisha in 1999, mentioned in the passage above?

2.4 S. 144 of the CrPC was imposed in Gaya in Bihar in 2019 as part of a reaction to contain the fallout from which of the following weather-related phenomenon that struck the state? (a)heatwave

2.5 Which of the following is true about the 2019 Indian monsoon season?

(d)It had no impact on agriculture in the country