Philippine journalist Maria Ressa and Russian Editor Dmitry Muratov have been awarded the Nobel Peace Prize for their “efforts to safeguard freedom of expression, which is a precondition for democracy and lasting peace,” the Nobel Committee announced on October 8, 2021. 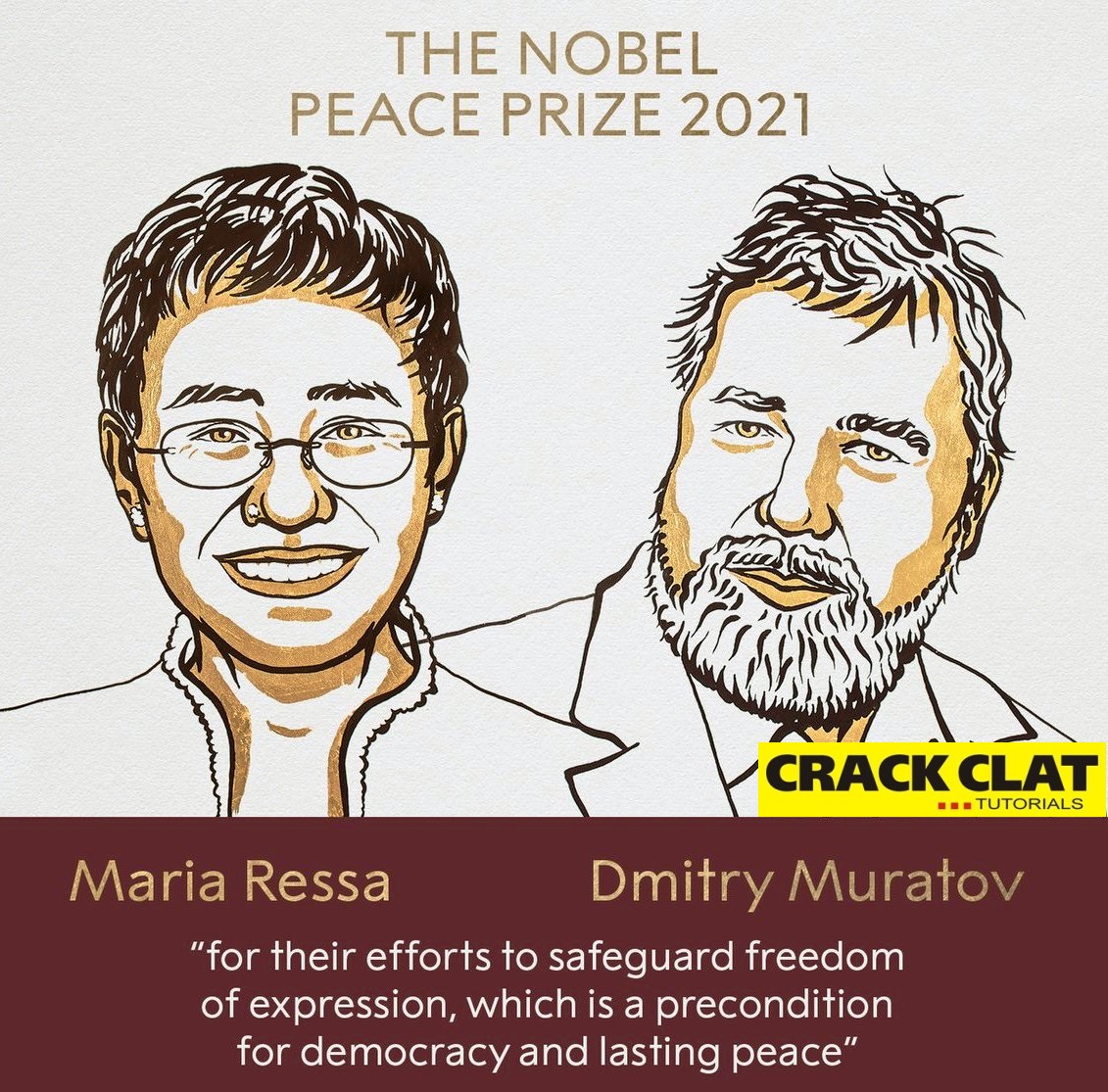 Dmitry Muratov has for decades defended freedom of speech in Russia under increasingly challenging conditions. In 1993, he was one of the founders of the independent newspaper Novaja Gazeta. The newspaper’s fact-based journalism and professional integrity have made it an important source of information on censurable aspects of Russian society rarely mentioned by other media.

Since the newspaper’s start, six of its journalists have been killed. Despite the killings and threats, Novaja Gazeta’s editor-in-chief Dmitry Muratov has refused to abandon the newspaper’s independent policy. He has consistently defended the rights of journalists, a statement by the committee said.

Maria Ressa, the first woman Nobel laureate of this year, uses freedom of expression to expose abuse of power, use of violence and growing authoritarianism in her native country, the Philippines, the statement said. In 2012, she co-founded Rappler, a digital media company for investigative journalism. Rappler has focused critical attention on the Duterte regime’s controversial, murderous anti-drug campaign.

The prestigious award is accompanied by a gold medal and 10 million Swedish kronor (over $1.14 million). The prize money comes from a bequest left by the prize’s creator, Swedish inventor Alfred Nobel, who died in 1895.