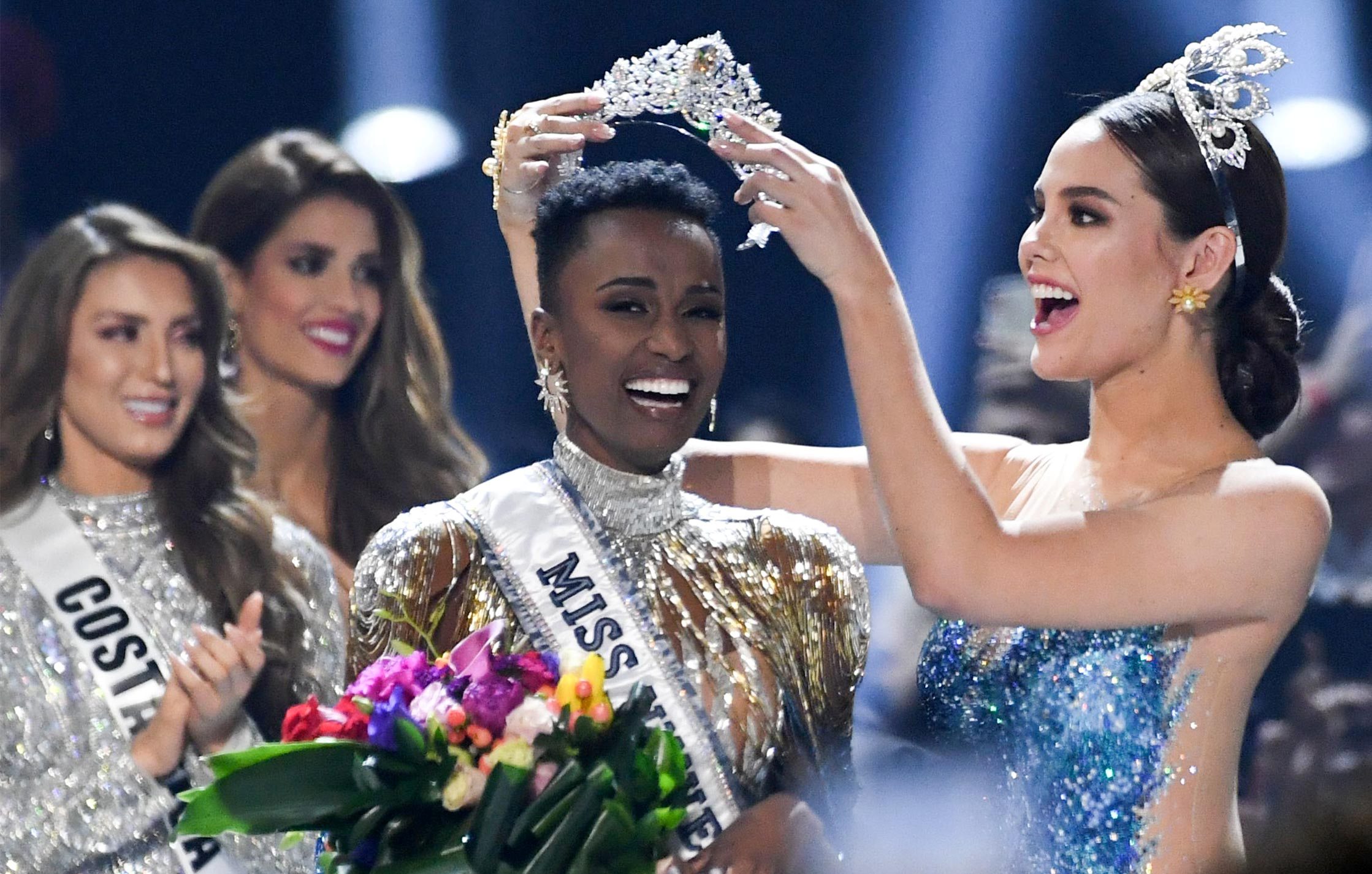 The 26-year-old beauty queen wowed judges on Sunday in Atlanta, making her the third South African, after Margaret Gardiner (1978) and Demi-Leigh Nel-Peters (2017) to win the title.

Tunzi won the 68th edition of the prestigious pageant after excelling through the swimsuit and evening gown round, and impressed judges with her answers on questions regarding social issues and one final chance to explain why she was the right choice.

“I grew up in a world where a woman who looks like me — with my kind of skin and my kind of hair — was never considered to be beautiful,” she said in her last response. “I think it is time that that stops today. I want children to look at me and see my face and I want them to see their faces reflected in mine,” said Tunzi, who is a native of Tsolo in South Africa.

Miss Universe 2018 Catriona Gray, from the Philippines, presented Tunzi with the crown.