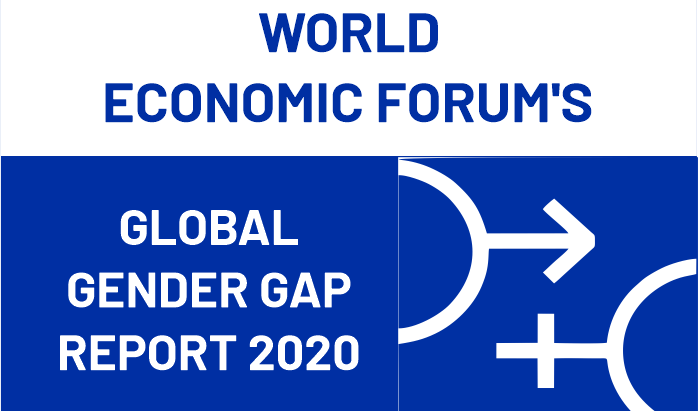 The annual Global Gender Gap Index for 2020 has been published by the World Economic Forum (WEF).

– Iceland, Norway, and Finland occupy the top three spots in the Report.

– India is among countries with very low women representation on company boards (13.8 per cent), while it was even worse in China (9.7 per cent).

–  Globally, the average (population-weighted) distance completed to gender parity is at 68.6%, which is an improvement since last edition.

–  The largest gender disparity is in political empowerment. Only 25% of the seats in parliaments around the world are occupied by women, and only 21% of the ministers are women.

–  The overall global gender gap will close in 99.5 years, on average, across the 107 countries covered continuously since the first edition of the Report.

–  Methodology – The Report benchmarks countries on their progress towards gender parity in four dimensions: (1) Economic Participation and Opportunity, (2) Educational Attainment, (3) Health and Survival and (4) Political Empowerment.