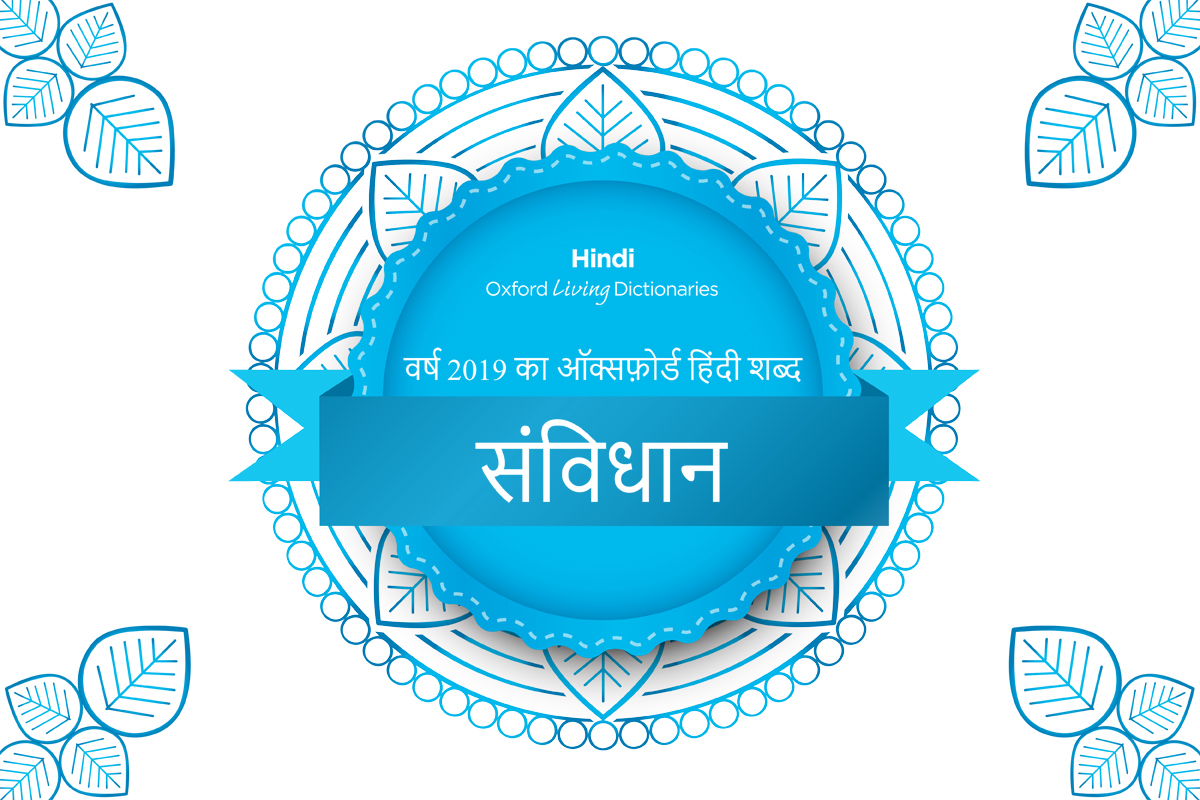 The Oxford Hindi Word of the Year is a word or expression that is chosen to reflect the ethos, mood, or preoccupations of the passing year, and have lasting potential as a term of cultural significance.

The Oxford Hindi Word of the Year 2019 is… Samvidhaan or the Constitution.

In the year 2019, the Indian Constitution gained renewed significance for the common man of India. Before 2019, the relevance of this document drafted by Dr. Bhim Rao Ambedkar was limited to people with specific professional training or background such as lawyers, judges, parliamentarians. Impact of the tenets of the Constitution was felt when in this year, the people of India voted a democratically elected government during the General Elections in the month of May.

In Karnataka, the disqualification of Members of the legislative assembly brought to fore the Constitutional conventions.

In Maharashtra, to save the Constitutional values and to ensure the smooth functioning of democracy, the Supreme Court ordered a floor test.

Next, the impact of the Constitution was felt through the Supreme Court’s judgments on issues with underlying constitutional basis such as the Ayodhya Temple – Babri Mosque dispute.

In the Sabarimala issue, it was remarked by one of the judges that every person should remember that the “Holy Book” is the Constitution of India.

The Government’s decision on abrogation of Article 370 granting special status to Kashmir was another major development that brought the Constitution to the fore. More recently, the country witnessed widespread protests in opposition to a law on citizenship. The debate on the issue aside, it is worthy to note that the protesters (many of whom may have otherwise never had a chance to read the Constitution of India) were studying the document and even reciting portions of it as part of their protest.

One of the bigger states in India, Maharashtra, has issued a circular making recitation of the Preamble of the Constitution mandatory in the schools within the State starting 26th January 2020 (the date the Constitution of India came into effect 70 years ago celebrated as the Republic Day). Reading of the preamble is the part of the “sovereignty of constitution, welfare of all” campaign, the state government circular is understood to have said. The aim of implementing this directive (which was actually a government resolution passed by the previous Government but which was not implemented) is to ensure that the students understand the importance and relevance of the Constitution.

The year 2019 witnessed the values of democracy, secularism, justice, liberty, equality and fraternity being tested on the touchstone of the Constitution.