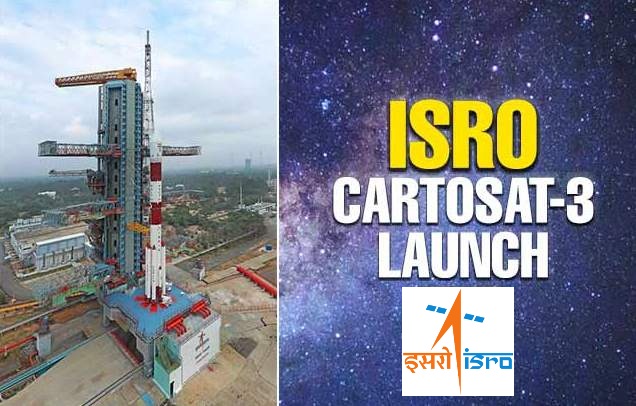 According to ISRO, the 1,625 kg Cartosat-3 is an advanced agile satellite to obtain panchromatic and multispectral imagery with an operational life of five years.

To be placed in an orbit of 509 km at an inclination of 97.5 degrees, the Cartosat-3 will furnish images that cater to the demand of urban planning, rural resource and infrastructure development, coastal land use and land cover and also for strategic/defence purposes.

Sharing the ride with Cartosat-3 were 13 nano satellites from the USA for an undisclosed fee to be paid to NewSpace India Ltd — the new commercial arm of ISRO.

Once the mission turns successful, India would have launched 310 foreign satellites.

According to ISRO, 12 of the US nano satellites are named as FLOCK-4P are earth observation satellites and the 13th is called MESHBED, a communication test bed satellite.

The PSLV-XL is a four stage/engine expendable rocket powered by solid and liquid fuels alternatively. The rocket has six strap-on booster motors to give additional thrust during the initial flight stages.

CLAT 2020 to be held on May 10; new paper pattern with fewer questions