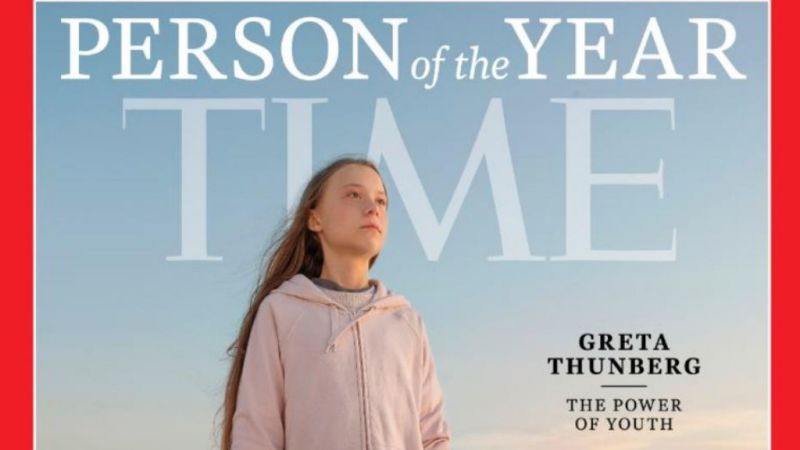 Greta Thunberg, the Swedish schoolgirl who inspired a global movement to fight climate change, has been named Time magazine’s Person of the Year for 2019.

The 16-year-old is the youngest person to be chosen by the magazine in a tradition that started in 1927.

The teenager, who recently made headlines by angrily thundering “How Dare You” at the world’s most powerful leaders at the UN Climate Summit for their inaction, was honoured by the magazine.

Last year, the teenager started an environmental strike by missing lessons most Fridays to protest outside the Swedish parliament building. It sparked a worldwide movement that became popular with the hashtag #FridaysForFuture.

Since then, she has become a strong voice for action on climate change, inspiring millions of students to join protests around the world. Earlier this year, she was nominated as a candidate for the Nobel Peace Prize.

Last year, it was “The Guardians,” a group of journalists who have been targeted or assaulted for their work.

In 2017, it was “The Silence Breakers,” the group of people who came forward to report sexual misconduct.

This marks the third year in a row in which Time has named a person who was not a world leader.

President Donald Trump was Person of the Year in 2016 and Germany chancellor Angela Merkel was recognized the year before that.

A patently unconstitutional piece of legislation