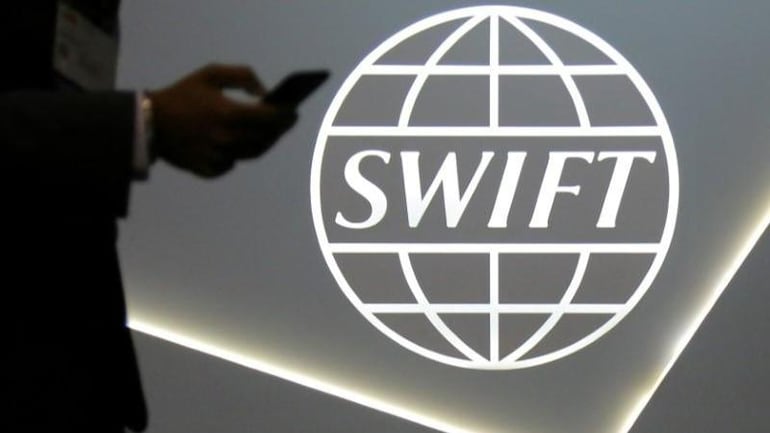 The U.S., Europe and several other western nations are moving to exclude Russia from the Society for Worldwide Interbank Financial Telecommunication (SWIFT), an international network for banks to facilitate smooth money transactions globally. This could be the strongest economic sanction against Russia over its military moves in Ukraine, as it will potentially cut off the country from receiving international payments.

SWIFT is a messaging network used by banks and financial institutions globally for quick and faultless exchange of information pertaining to financial transactions.

The Belgium-headquartered SWIFT connects more than 11,000 banking and securities organisations in over 200 countries and territories.

What happens if one is excluded from SWIFT?

If a country is excluded from the most participatory financial facilitating platform, its foreign funding would take a hit, making it entirely reliant on domestic investors. This is particularly troublesome when institutional investors are constantly seeking new markets in newer territories.

An alternative system would be cumbersome to build and even more difficult to integrate with an already expansive system. SWIFT, first used in 1973, went live in 1977 with 518 institutions from 22 countries.

Are any countries excluded from SWIFT?

Certain Iranian banks were ousted from the system in 2018 despite resistance from several countries in Europe. “This step, while regrettable, was taken in the interest of the stability and integrity of the wider global financial system, and based on an assessment of the economic situation,” SWIFT states on its website.

How is the organisation governed?

SWIFT claims to be neutral. Its shareholders, consisting of 3,500 firms across the globe, elect the 25-member board, which is responsible for oversight and management of the company. It is regulated by G-10 central banks of Belgium, Canada, France, Germany, Italy, Japan, The Netherlands, the United Kingdom, the United States, Switzerland, and Sweden, alongside the European Central Bank. Its lead overseer is the National Bank of Belgium.

The SWIFT oversight forum was established in 2012. The G-10 participants were joined by the central banks of India, Australia, Russia, South Korea, Saudi Arabia, Singapore, South Africa, the Republic of Turkey, and the People’s Republic of China.

During the last seven years, Russia, too, has worked on alternatives, including the SPFS (System for Transfer of Financial Messages) — an equivalent of the SWIFT financial transfer system developed by the Central Bank of Russia. The Russians are reported to be collaborating with the Chinese on a possible venture which will be a potential challenger to SWIFT.

It needs to be seen if Moscow can leverage this platform to some extent to get around the partial ban, which could soon be escalated to a complete one.