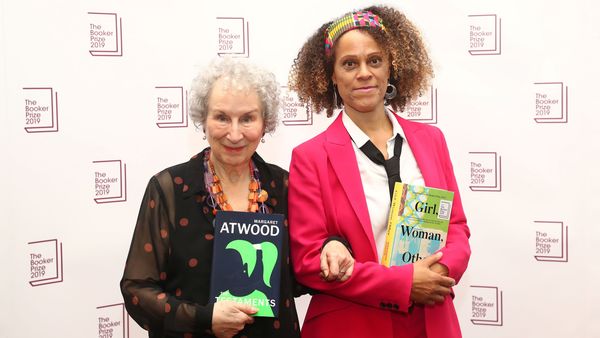 Margaret Atwood and Bernardine Evaristo have jointly won the 2019 Booker Prize after judges flout the rules by declaring a tie. British Indian novelist Salman Rushdie’s tragicomic ‘Quichotte’ was among the six books shortlisted for the prize.

The Booker rules say the prize must not be divided, but the judges insisted they could not separate Atwood’s – ‘The Testament’ and ‘Girl, Woman, Other’ by Evaristo, who is the first black woman to win the prestigious award since its creation in 1969.

The rules were changed after the last tie in 1992, and organisers told this year’s judges that they were not allowed to pick two winners. But after five hours of deliberations, Peter Florence, the chair of the five-member judging panel, said, it was our decision to flout the rules. Seventy-nine-year-old Canadian author Atwood expressed her joy at sharing the award with a younger writer.

On Rushdie’s ‘Quichotte’ the judging panel commented, a picaresque tour-de-force of contemporary America, with all its alarms and craziness. Rushdie conjures a celebration of storytelling and language that will delight lovers of Cervantes, lovers of daytime television and lovers of life. This was the fifth time that the Mumbai-born novelist was shortlisted, including the 1981 win where he bagged the award for “Midnight’s Children”.

Sharad Arvind Bobde: The Next Chief Justice of India